So in order to get anything done with Mr Whirlwind around he has to have things to occupy him!!! So gradually using and repurposing things around the farm and planting and making etc I am building a play area…. or lots of bits of play area

Inadvertently with some of the digger work that has been done we have created areas he enjoys playing in already… like the one wet muddy ditch!!!

Anyway what we’ve managed so far!! 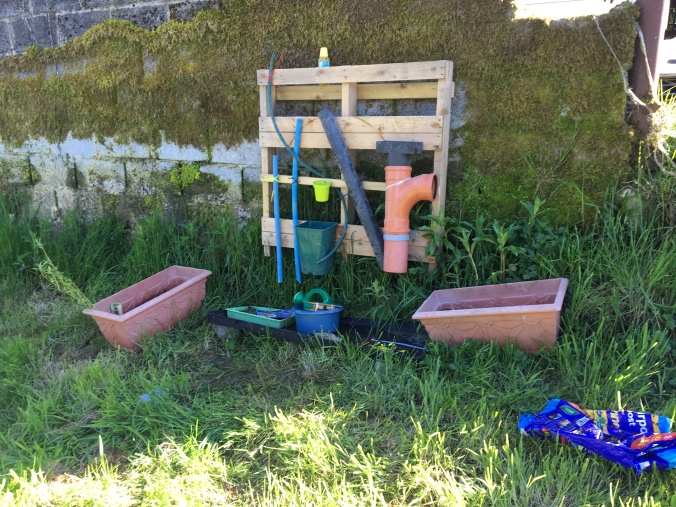 Car ramps and the dry ditch!!

We’ve made space for some outdoors toys…. started planting willow to make some structures….

A teepee, a tunnel etc etc…. maybe eventually a maze given time after seeing the small maze at the Welsh Wildlife centre! They will all be made from a range of basketry willows so hopefully will all provide an additional crop for the farm for an income eventually or raw materials for me to make things with!!

And the tractor tyres we acquired are positioned… now I just need to fill them and make some mini play zones!! For example a dinosaur swamp…. a digger/construction site… the possibilities are endless for the small world play!!

I have so many more ideas and I have created a Pinterest board or two of ideas which I plan to use about the place…. some close to the vegetable and fruit gardens some near to the flower gardens and orchard and some maybe for the wetter areas!! I plan to try to have something at all points to occupy and entertain and inspire the boys to explore, play and create!!

Here’s the links to the Pinterest boards if you want to look!!

Soooo in lieu of a podcast which I may not have time to do or enough content for, for a few weeks…. here is the farm update for recent weeks!!!

Sooo…. back at the end of March on his due date we became a family of four when baby Mathew put in an appearance!!

All 7lb 15 of him and the birth itself went that well I should have been in and out in the one day…. but I decided tone dramatic and have a rather nasty PPH which saw me lose nigh on 3 pints of blood… so overnight obs… what a joy…. opposite the nursing station…. and at one point I’d just gotten the baby to sleep and in they came to do his obs…. ugh!!!

Anyway he is now a gorgeous chunky 11lbs!! (He didn’t have to wait for milk to come in as I still feed William) and he is four weeks old!!! Not sure how that has happened!!

Soooo we have had LOTS of visitations from family, but whilst the female portion of the family cooed over the small people and helped me to keep on top of washing and housework and William in the early days… the menfolk fought through the tiredness and….

Helped lambs in the barn…. being born…. putting them into separate quarters to bond with mums…. etc

Hurrah!! On with the planting!!! 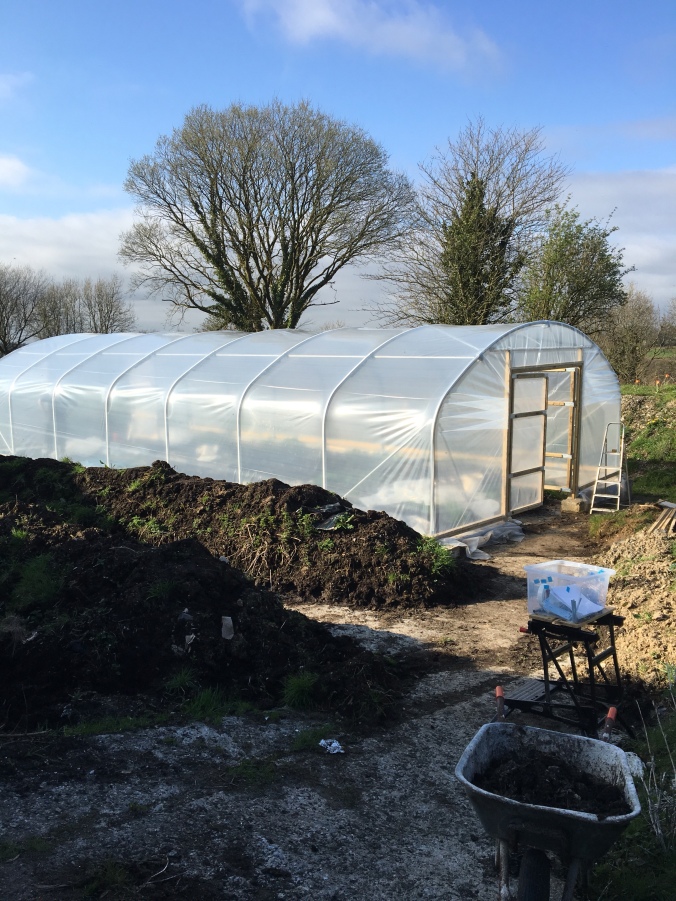 Moving and placing and cutting tractor tyres for the kiddos play area!! And planting potatoes we have had chitting for an age it seems!! Both in tubs and bags and out in a large potato bed James prepared! 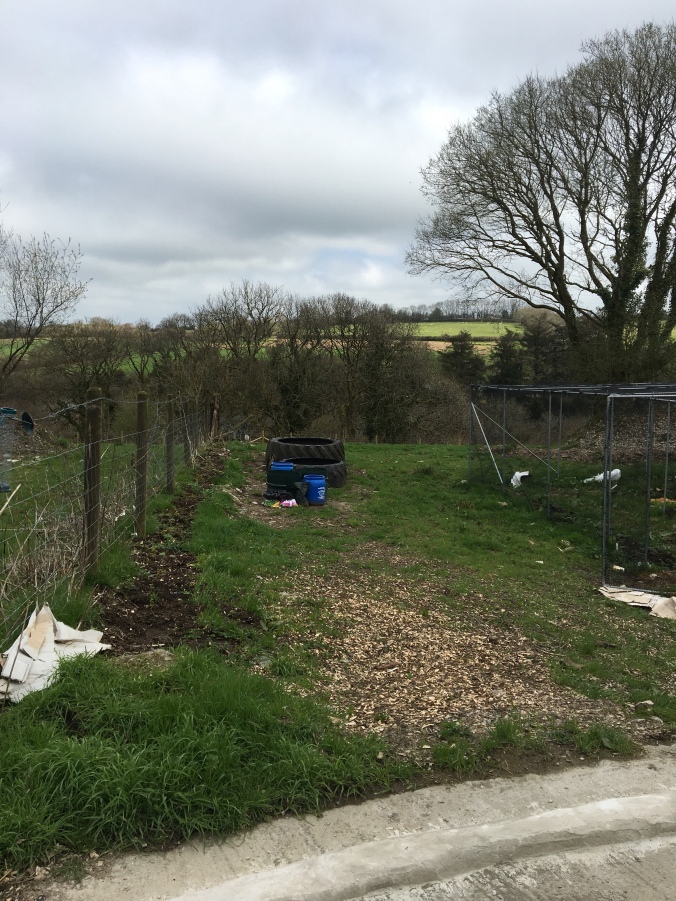 Sorted the chickens who are now huge and ready for their new accommodations!! More about that another time!!

Made teeny fires to cook over!!

Then we as a group have been…..

Wrangling sheep to get them into the right field!! Te he!!!

Charging round the fields and feeding Wanda! 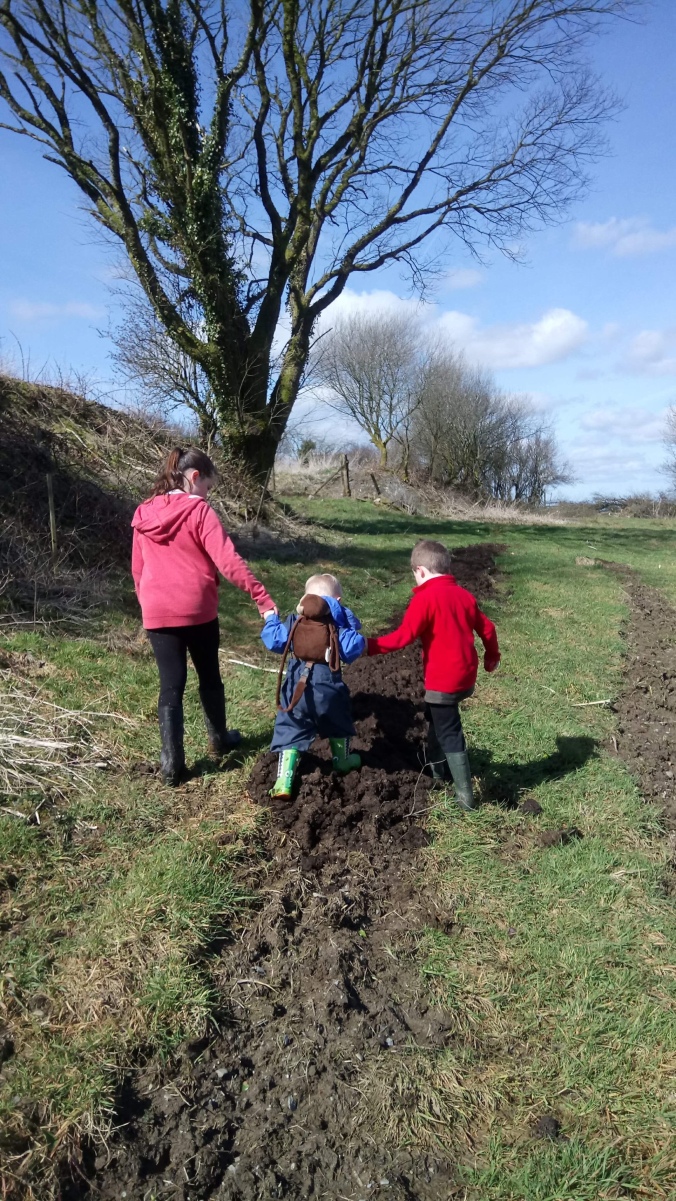 We’ve been to the botanical gardens for Welly Wednesday!!

We have tidied up the front garden and planted seeds both for flowers and for the Polytunnel !!

Plus we found a worm!! Fascinating!!!

And the other big news!!!

Young man turned TWO!!! I have a two year old!!!! More about how that feels in another post but look how happy he is with his digger!! 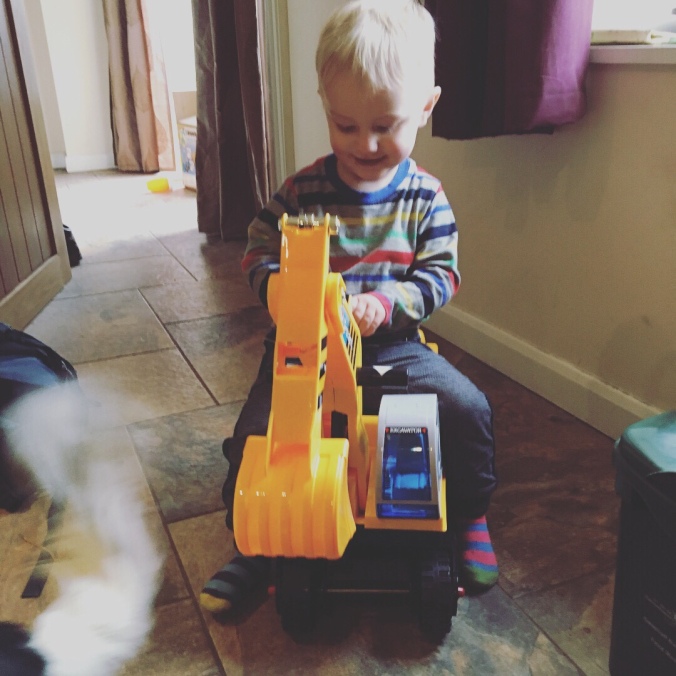 And I made my first attempt at icing a cake other than slapping a small bit of buttercream in or on!!

So busy times!!! Hopefully things are starting to settle…. and will improve further when we all kick this latest cold that has struck myself and the boys!! Ugh!!

Hope to at least write more soon and maybe I’ll squeeze in a podcast at some point!!

One of the benefits to leaving early for work!! Is getting to pause the car in the lane and snap this!! Such a beautiful sunrise!!
Loading Comments...