So way back on the first of March our Bresse chickens hatched out and they lived in the same cage inside as chicks as sun and Dai had lived in when they were small… but there were more of them and they grew a wee bit faster…. so they moved into a secondary cage for a bit…. our existing coop allows space for up to six hens…. add in the fact we know we have at least one rooster in the Bresse gang…. and we don’t want him and Dai to fight…. 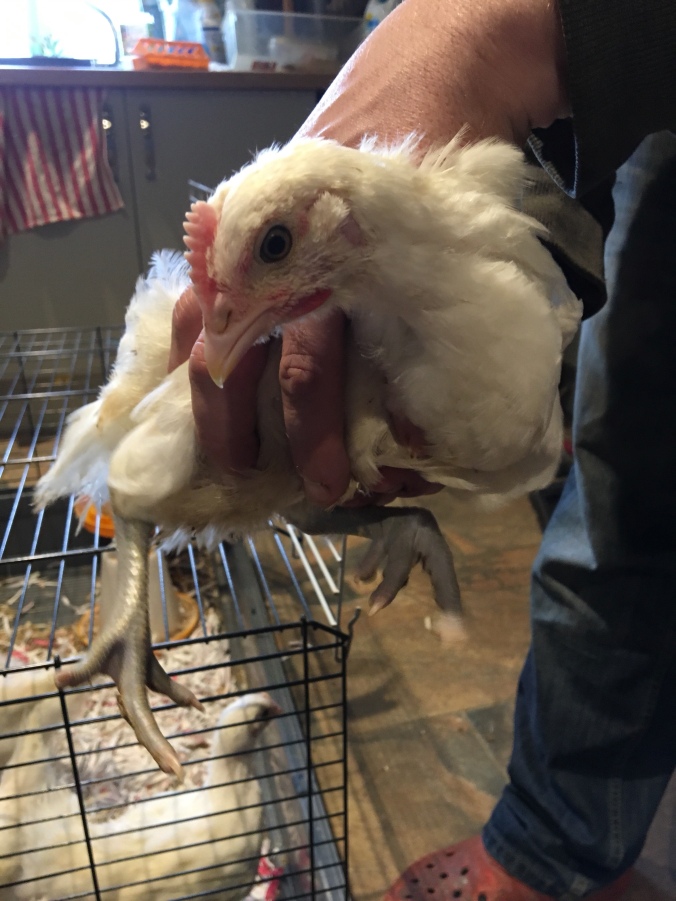 Yes they have blue feet!!!

James and my dad built the coop whilst Mum and I went to Wonderwool….

Then his dad helped him construct the run which is a permanent fixture!! 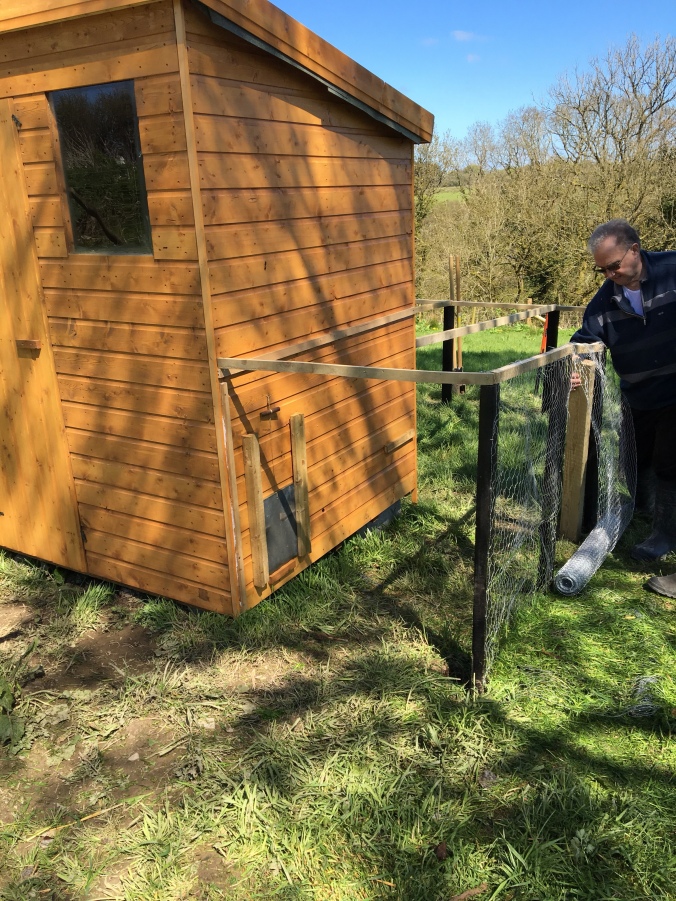 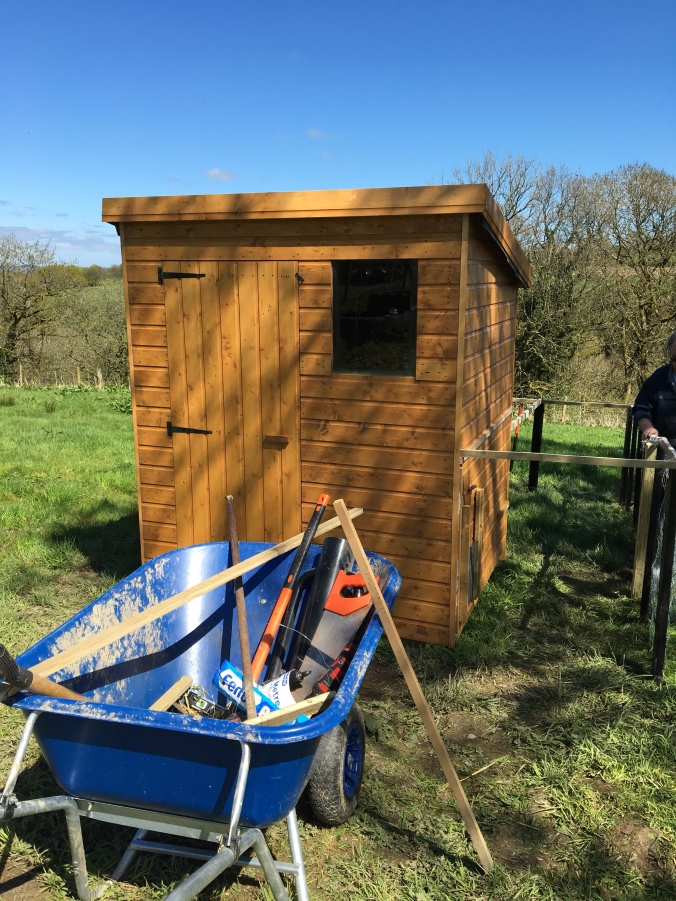 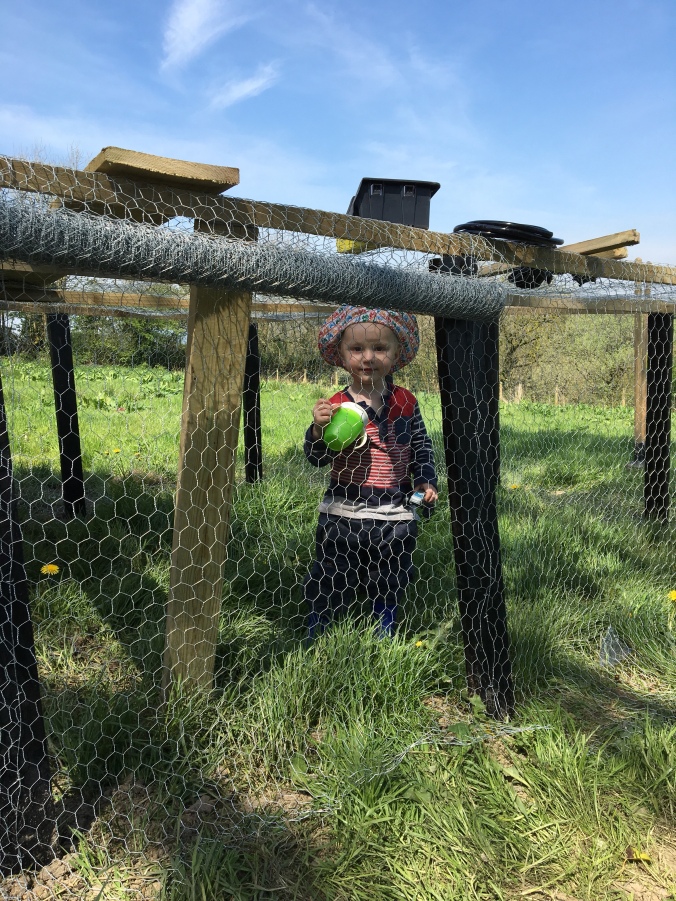 Toddle chops enjoyed exploring the run!! Soooo tempting to build the little thrill seeker his own…. but he would only climb out!! So far he is more than capable of climbing over farm field gates, into the cattle crush, out of his cot is a doddle so we are now finally in a big boy bed!! Ahhh he has no fear!!!!

And so the chickens have their new home and a posh new automatic coop opener which is light sensitive!! So they are let out at first light and shut up at dusk!! Hurrah!!!

James has also designed a rainwater collection waterer and a large easy food dispenser mostly made from things we had lying about in the barns!!!