So…. back in February a Beulah speckled face sheep appeared on our yard…. we tried everything to find its owner, contacted ALL the agencies had animal health out, and the animal health lady checked her databases for us to try to trace the owner…. no avail… so we advertised on the gate post…. and fourteen days later she became ours…..

So we have a Wanda!!

Now Wanda is an amazing escapologist…. she has tested all and I mean ALL of our boundaries…. shown us EVERY possible spot that is even the slightest bit weak and gappy!!!

So we have had MANY trips to other fields coaxing her back with the bucket into the field we want her in and also trips further afield to neighbours’s land and the lane and the walking path to the next village even!!!! 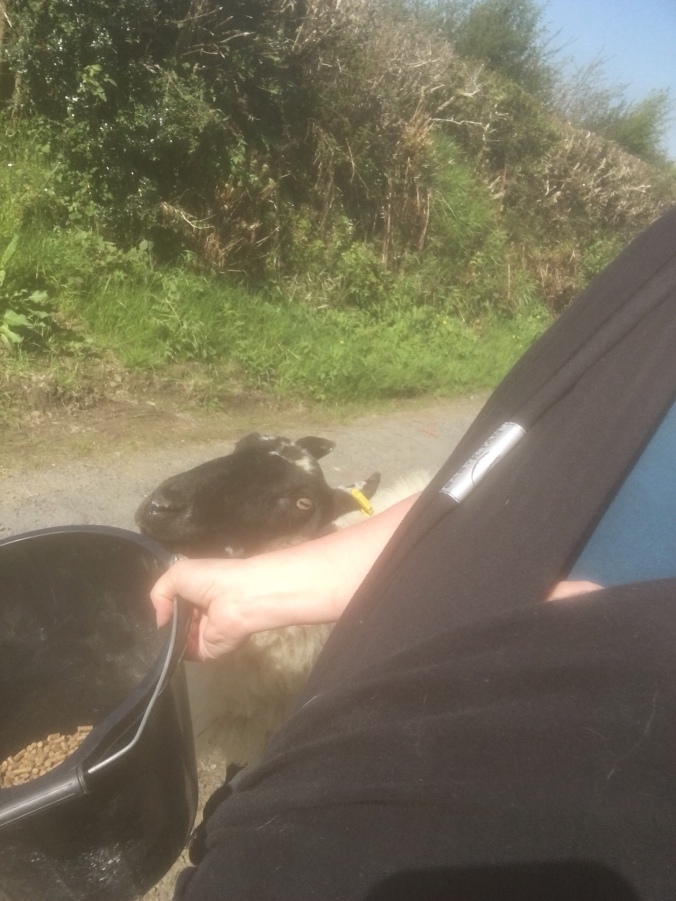 We have used bit of baling twine, logs, old posts, brash, bits of old gates, everything to try and keep her in the one field….. 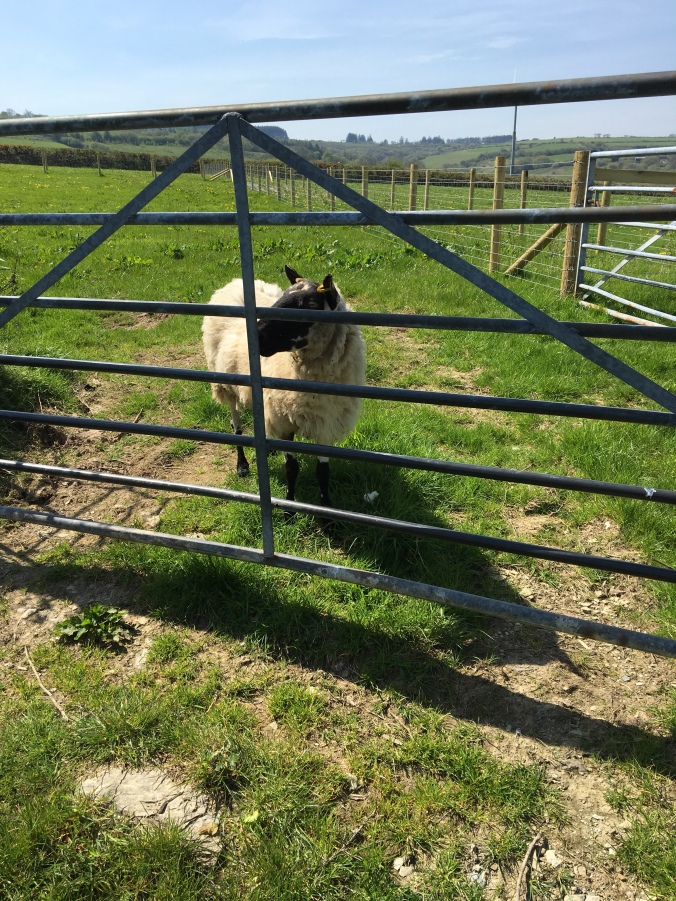 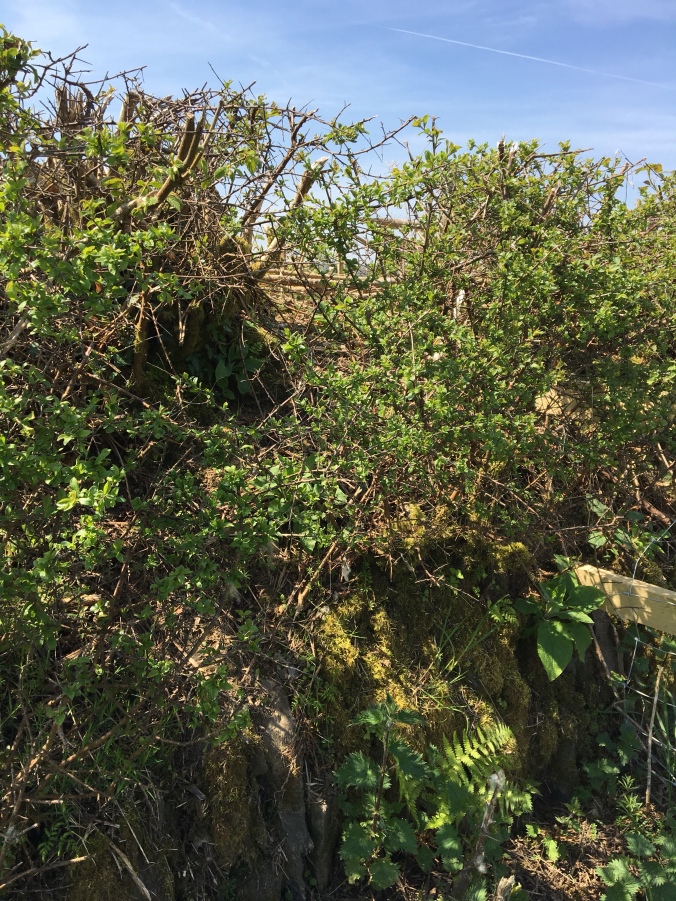 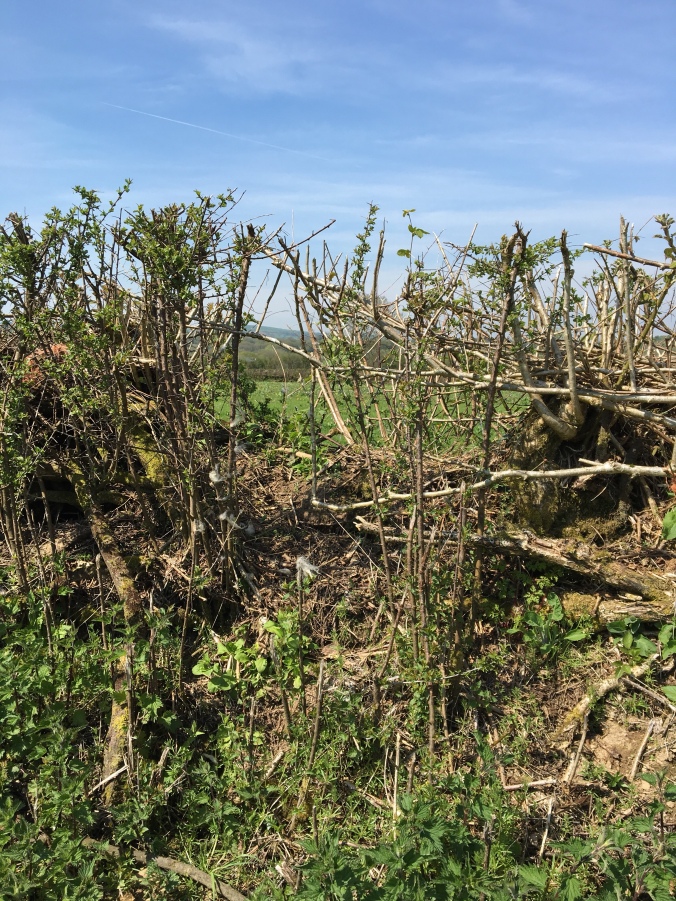 Then a neighbour struck on a fabulous idea…. poor beast is in need of a friend… ah ha!!! She only started to try and escape once the rental sheep went home…. so the neighbours gave us Baabara!!

And a few days later!!! And a little more baking twine and brash… (she had one last hoorah into the next door field thankfully of ours!!) Wanda and Baabara are happily in the one field!!

With their neighbours…. the rental ponies and their utterly gorgeous foals!!! 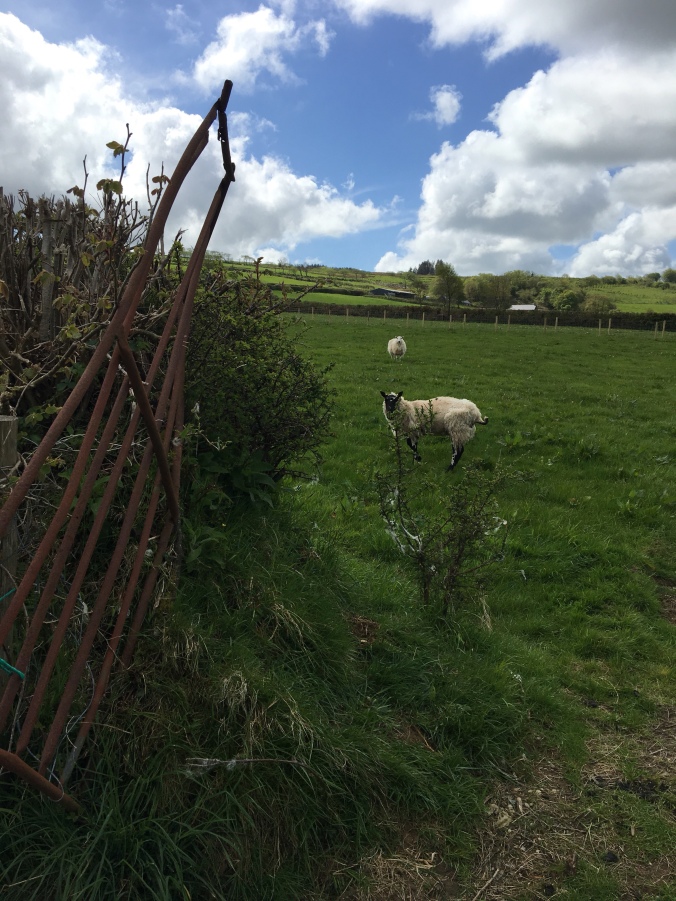