We have rats….. (Warning this post contains graphic details please don’t read on if you dislike the use of rat traps)

Kind of expected on the farm, where they are entering the tin hut and chewing holes in plaster board walls…. 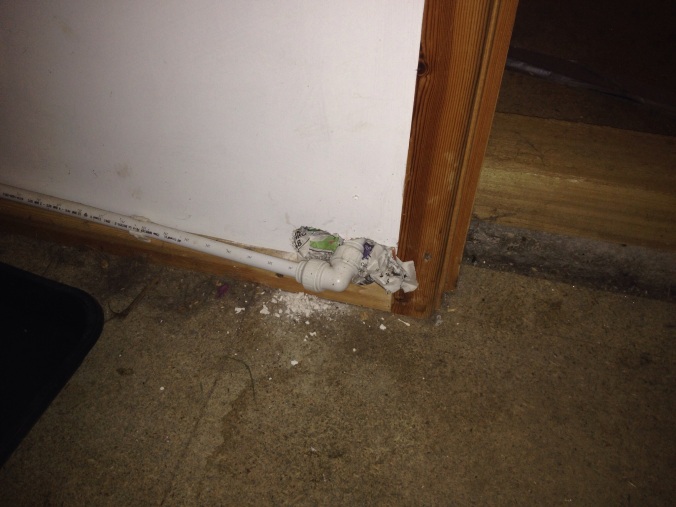 But now we have them in our attic at home too!!!!

Now James and I have three cats…..

Marmalade my ancient ginger, who would know what to do but is as aforementioned is ancient…… 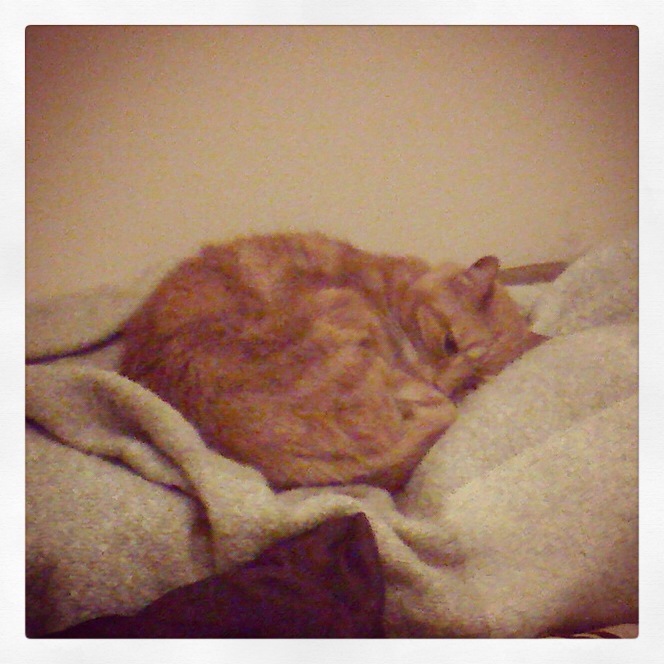 Frodo a elderly tabby who is house cat extraordinaire and would probably just poke them and run! 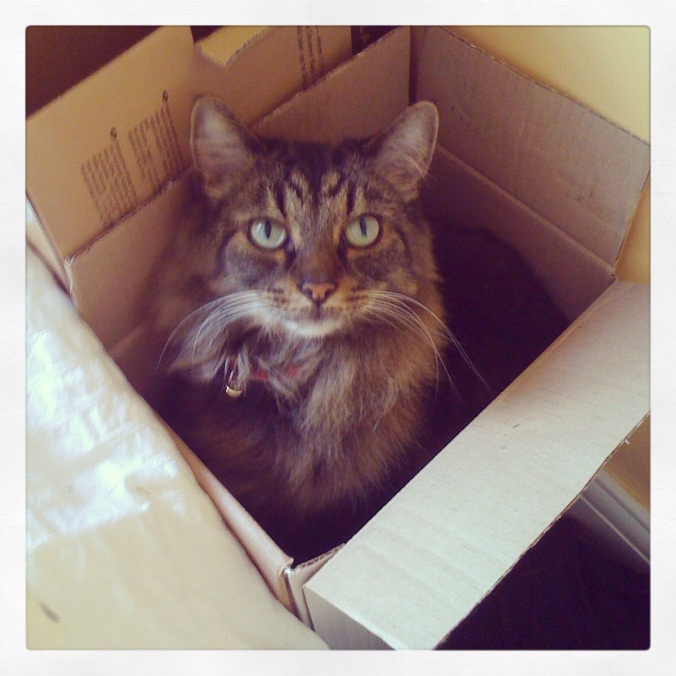 And Parker…. Young….. Has fairly vindictive tendencies….. Could probably do the job…. But is the size of a badger and one pounce onto I boarded attic territory would mean a huge hole in the ceiling….. 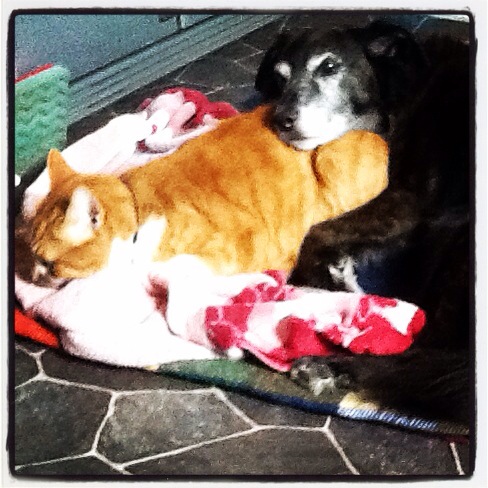 Here he is playing pillow to an ailing old Polly dog back in September days before she passed away….

Well Art Bart and Fargo here have been deemed useless…..

So I popped off the the hardware shop and bought myself some mega big rat traps….

We set them in the attic at home and within ten minutes of going to bed on night one bang a trap goes off!!! And thank fully didn’t blast through the ceiling!!!

After work the following day we headed up to the attic to retrieve the corpse…….. 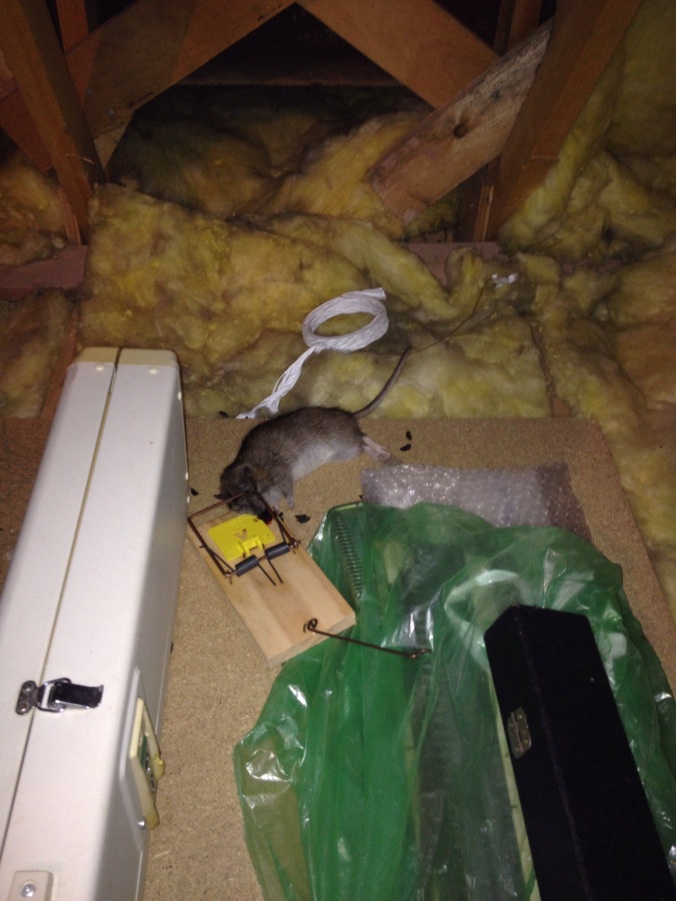 One down how many more do you think we have in a three storey townhouse of relatively new construction!!!! Then the traps will tootle with us down the motorway to clear out the tin hut on the weekend!!! Just hope the force of the traps doesn’t blow a hole in the walls/ceiling in the tin house!!